Home » News » When Might a Beneficiary Not End Up Benefitting? 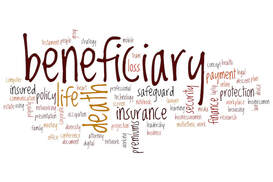 One of the most long-standing and seemingly “bulletproof” estate planning mechanisms – the direct designation of a beneficiary on an account — be it a bank account, an IRA,  a stock account or the like, is increasingly no longer as ironclad as both practitioners and their clients have long believed. A modern trend in California is gaining momentum in probate courts across the state whereby title rules are increasingly being bent to accommodate a decedent’s testamentary intent.

Until recently, it had always been viewed as a truism that one could augment the terms of their estate plan (regardless of whether implemented by will or by trust) by designating beneficiary(ies) directly on an account, or by adding a co-owner to an account.  Conventional wisdom has held that, upon the death of the account’s owner, that asset passed to the designated beneficiary (or co-owner) by virtue of contract law – the agreement entered into between the account owner and the financial institution mandated that the asset transferred directly to the person(s) named as beneficiary(ies), without necessitating a probate proceeding – and outside the scope of one’s estate planning documents.

Recently, however, California Probate Code Section 5302 has been employed to invoke an exception to that traditional mechanism: if a party contesting such a nonprobate transfer by way of beneficiary designation can prove by clear-and-convincing evidence that the decedent intended the account to pass to someone else, the beneficiary designation can be overridden.  So, the logical question is: what constitutes “clear-and-convincing” evidence in a case like this?

Of note, however, is that under California’s statute, the clear-and-convincing evidence can come after the account was created, meaning that estate planning documents, even if created subsequent to the establishment of the account, can serve to “trump” the “pay-on-death” designation on the account.  Thus, the testamentary intent evidenced in the terms of one’s will or trust can serve as evidence that the testator intended to apply the plan of distribution set forth in their will or trust to previously established accounts – but will it automatically satisfy the “clear-and-convincing” standard?

Before delving into an analysis of the “clear-and-convincing” standard, it must be noted that the rules governing disposition of nonprobate transfers traditionally differed depending on the type of account in question. The 1990 enactment of the California Multiple-Party Accounts Law (CAMPAL), however, imposed the “clear-and-convincing” standard to joint accounts, pay-on-death” accounts and so-called “Totten trust” accounts.

In the time since the passage of CAMPAL, modern case law has increasingly favored the usage of evidence of decedent’s intent over form of title – and the instrument used to demonstrate intent is open-ended: wills, trusts and even any writing, can serve as a basis to override form of title!  Language of intent to include assets that may have previously been beneficiary-driven have been found to include assertions in one’s living trust that they intend to assign to one’s trust “all of trustor’s right, title and interest in all property owned by trustor, both real and personal and wherever located.” Such boilerplate assignment declarations (found in many living trusts) can be deemed to constitute “clear-and-convincing” evidence that the trust’s provisions govern disposition of the asset, despite the fact that it is not, in fact, titled in the trust and, further, has a designated beneficiary.

The practical “take-away” for practitioners and clients in the estate planning arena is that unless one wishes to provide fertile ground for litigators, one should carefully “fund” their trust by transferring title to the trust with respect to all assets that they wish to be governed by the trust’s plan of distribution, while being careful to avoid overly broad assignment language in the event that they indeed want to utilize nonprobate transfers as a complementary element of their integrated estate plan. Once again, what had been long considered a safe option, is now fraught with potential peril.

If you have any questions or would like more information, please don’t hesitate to call (877-585-1558), email us or register to one of our free webinars or workshops.