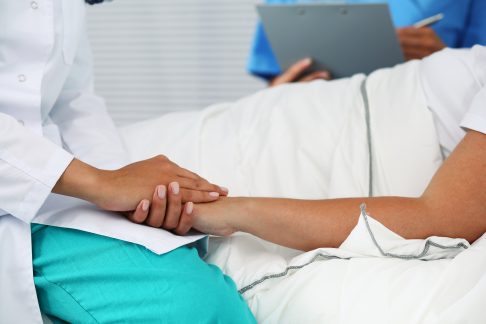 California is one of only five states in the United States that offers medical aid in dying to the critically ill who qualify. The End of Life Option Act was signed into California legislature on October 5, 2015. The law was enacted in June 2016, thereby officially allowing terminally ill adult residents to access medical aid in dying by self-administering lethal drugs, provided certain prerequisites were met. Although the new legislation granted immense relief to many, it also contained numerous “safeguards” that became major obstacles for patients eligible for medical aid in dying.

Patients who met the criteria for California’s End of Life Option were required to input two written requests for the aid-in-dying medication at least 15 days apart. In addition, two physicians must have agreed that the patient was legally eligible for medical aid in dying in order for the requests to be honored.  Once the patient received their medications, they would be obligated to confirm their intentions to pass by signing a final attestation 48 hours prior to ingesting the lethal combination of prescription drugs. These drugs would be self-administered; either orally, rectally, or through a feeding tube. Physicians and their employees were prohibited from participating in the act.  Additionally,  physicians had the right to decline death-inducing drugs even to patients who qualified under the law.

California’s End of Life Option Act has been in effect for years and, over time, proponents and practitioners concluded that some of the Act’s provisions were hindering qualifying patients from receiving medical aid in dying services. Frequently, patients who were very close to death ended up passing during the 15-day waiting period between the first and second request for aid in dying medications. In some cases, patients were so ill that they were physically unable to write the second request, had become incompetent, or fallen into a coma.

Patients who completed the 15-day waiting period faced with another obstacle—that is the final attestation. Families of the dying and their health care teams often found patients were either too weak or disoriented to lawfully sign their final attestation by the time the waiting period had passed. Essentially, the procedures behind the End of Life Option Act ultimately impeded services for terminally ill patients who qualified for them.  These legal hurdles opened the door for outspoken advocates to call for an update to the law.

According to statistics provided by the California Department of Public Health, since the aid-in-dying law has taken effect just under two-thirds of 2,858 people who received death-inducing drugs died as a result of them. The majority of patients who requested the option died before they could ingest the medications or decided against a physician-assisted death.

New changes have arrived to California’s End of Life Option Act as Governor Gavin Newsom recently signed a revised version of the law that went  into effect on January 1, 2022. The Act will be extended through January 2031 with updated provisions to loosen barriers for patients who wish to avail themselves of the law. Most importantly, a new waiting period has been implemented between the first and second medication request.

The updated Act reduces the required 15-day waiting periods to two days between doses. The revised law also eliminates the final attestation entirely, shortening the process from 17 days to 3 days. Healthcare facilities will also be required to post their aid-in-dying policies online, so patients have a full understanding of what they offer for end-of-life services. Physicians are lawfully allowed to decline these services, but they are obligated to document the request and then transfer the record of documentation to any other health care professional the physician receives services from.

Physician-assisted death is a highly contentious subject that’s often in the same political sphere as abortion because it’s opposed by so many religious institutions and other organized groups. That includes some disability rights organizations who oppose the Act based on secular social justice arguments.

Some representatives of these groups have spoken out against the updated law. However, many proponents of the law contradict this notion—stating there’s no evidence that indicate patients involuntarily took medical aid in dying medications.

Aid-in-dying drugs and related doctor’s visits are covered under various major commercial health care plans including Anthem Blue, Blue Shield of California and Health Net, and Kaiser Permanente. The coverage is also included in the government-run health program known as Medi-Cal. However, most Californian residents who pursue medical aid in dying services do not have effective coverage as 60% of them are on Medicare only.

With comprehensive coverage, death-inducing drugs can be available to the patient for as little as $400. If you’re interested in speaking with a qualified California estate planning attorney about Medi-Cal eligibility and your end-of-life options, contact Botti & Morison Estate Planning Attorneys, Ltd. at (877) 585-1885. Our experienced and skilled lawyers are free to answer all your questions and uncover all your available legal options.