The Secure Act and its Estate Planning Implications

Home » News » The Secure Act and its Estate Planning Implications 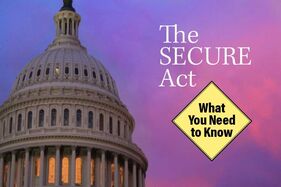 For beneficiaries of an IRA inheritance, the SECURE Act (Setting Every Community Up for Retirement Enhancement) can significantly impact the amount of time they have available to withdraw the funds available to them. The changes to inheritance tax law brought about by the SECURE Act, passed in December 2019 and taking effect in January 2020, do not affect inherited IRAs where the original owner died in 2019 or before. Though once the initial beneficiary has also died and the IRA is passed to another, the rules effective as of January 2020 will take effect with a few built-in exceptions.

In general, the longer the span of time the withdrawals are made over, the more time the IRA has to grow, potentially providing decades of growth. The prior laws allowed the withdrawals to be spread out based on the beneficiary’s own life expectancy. Referred to as “stretch IRAs” this ability also allowed withdrawals to be made that would have the least impact on taxation responsibilities while also meeting the minimum annual distribution requirements.

With the SECURE Act in place, however, the time allowed for certain beneficiaries to completely withdraw the entire balance of the account has been reduced to 10 years. At the end of the ten years, whatever remains in the account will have a 50% penalty placed on it. The withdrawals can still be spread out over those ten years, but the long-term ability to allow the account to grow has been removed. For estate planning, these changes can greatly impact the ways in which inheritances are designed, particularly those who planned to allow the taxation to be stretched over a longer span of time to reduce the financial impact.

There are a few different ways that anyone who inherits an IRA can choose to handle the additional income and resulting tax responsibilities. Anyone can disclaim the inheritance as long as they do it within the first nine months and if they haven’t taken possession of the assets in any way. Disclaiming passes it on to the next listed beneficiary and is a good option for those who do not want or need the additional taxable income. Anyone can also take a lump-sum distribution though it will be taxed, potentially in a higher bracket, if the funds were in a tax-deferred account and may face a 10% early withdrawal penalty.
​
Although these rules apply to some beneficiaries, there are a few that remain exempt and will be able to continue to spread withdrawals out over their lifetime in some cases or an extended period for others. The spouse of the original owner of the IRA or 401(k) can continue much the same as previously. Other eligible designated beneficiaries include someone who is less than ten years younger than the owner, a minor child of the owner, or someone who is disabled or chronically ill.

There are a few caveats for some of these exemptions. The minor child exclusion does not cover grandchildren. This exemption also only applies until they are 18 or 21; the age cutoff varies by state, 18 in California for example, at which point they have an additional ten years to finish withdrawing the assets. For those who qualify for the disability or chronic illness exemption, it only applies to those defined as such by the Internal Revenue Service.

For spouses of the deceased, they can transfer the full amount into their own IRA; however, they will have to pay any subsequent penalties and taxes associated with early withdrawal. With the exception of the minor children, all exempt beneficiaries could put the funds into an inherited IRA. The distributions would then be based on their own life expectancy instead. This option does have a variety of age-related rules around it based not only on the beneficiary’s age but also on the age of the account’s original owner.

Suppose the inherited IRA is placed in an accumulated trust, with multiple lifetime and remainder beneficiaries involved. In that case, the ten-year rule generally applies as it is unlikely that all of them would qualify as an eligible exemption. If the accumulation trust is created for a single beneficiary, who is disabled or chronically ill, as defined by the IRS, an exception would be made and the distributions based on their life expectancy instead of the remainder beneficiaries if they are younger or the same age.

As altered by the SECURE Act, estate planning can be more complex with different long-term requirements needing to be taken into account. Having expert advice can help anyone find the best way to plan for the future and advise how to proceed with various types of inheritances.

If you have any questions or would like more information, please don’t hesitate to call (877-585-1558), email us or register to one of our free workshops or webinars.