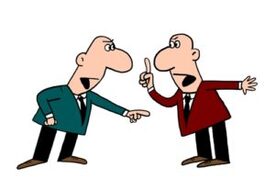 When we’re discussing estate planning with folks, one question almost invariably comes up. Can I designate more than one person as my successor trustee? It’s a great question, and one that warrants significant thought.

Aside from dictating who you wish to inherit the assets you leave behind, the designation of your successor trustee (“executor” in last will jargon) is probably the most significant decision you’ll make when establishing an estate plan. Ideally, your designation will establish your first choice and will be augmented by at least one alternate designee.

In the majority of cases, trustors (the person or people creating the living trust at the core of the estate plan) elect to designate their children as their successor trustees, and many folks struggle with the idea of being perceived as favoring one child over another.  Often, this results in a concession to a form of political correctness, resulting in a simple sequence based on age – e.g., oldest child as first designee, middle child as first alternate and youngest as second alternate. This approach may work out in some cases, but it fundamentally ignores the fact that one should truly be basing important decisions such as the designation of a successor trustee on more compelling factors like “which child is actually best-suited for the task” rather than simple birth order.

Next in people’s thought progression is often: can I designate my kids to serve together as co-successor trustees? The short answer is “yes.” But the concept justifies considerable further reflection. Firstly, although there is no statutory bar to designating multiple successor trustees, it is strongly recommended that one never consider more than two co-trustees – the resulting “committee” approach may well lead to gridlock (or worse).

What most people fail to comprehend when contemplating the designation of multiple co-trustees is that the California Probate Code (the statutory authority governing the administration of trusts) mandates that co-trustees act unanimously. That means that the “two out of three” concept that most people assume would control is not how it works. Therefore, it is obvious that the more “cooks in the kitchen,” the more chance there is for a lack of unanimity – and the harsh reality of how gridlock is broken among co-trustees is a visit to probate court – the very place one is seeking to avoid when establishing a living trust.  And, to make matters worse, when co-trustees end up litigating a disagreement as to the course of a trust’s administration, each co-trustee’s legal fees and costs are borne by the trust!

And I know what many of you might be thinking: “What could our kids possibly disagree about? Our estate is simple.” Well, the classic example of a matter that could very well give rise to a disagreement among co-trustees is something as fundamental as what to do with the family home. One of the children (a co-trustee) believes that it should be sold as soon as possible in as-is condition; another child (co-trustee) thinks that they should spend some money fixing it up prior to sale; and the third child (also a co-trustee) feels that they should keep the home “in the family,” and rent it out. If they fail to reach an agreement, they may end up litigating the matter – while the attorneys end up devouring a good chunk of the estate in hourly fees.

Finally, there is a less well-known aspect of co-trustees that can be extremely scary: if one of the co-trustees breaches their fiduciary duty (for example, by stealing trust funds), each co-trustee is what is known as “jointly and severally” liable. That means that each co-trustee is potentially liable for the misdeeds of their colleagues, even if they did nothing wrong!

With all that said, however, there are, I believe, a couple of situations where designating co-trustees (but still never more than 2) can be a good idea. The first is the most basic: parents have only two adult children, each child is responsible and could handle the task if called upon, the kids get along well, and the estate plan calls for a 50/50 division of assets between the children. In this case, designating them as co-trustees is ideal, in that the responsibilities and effort needed to administer the parents’ trust can be shared between the children, and the fact that they’re co-trustees eliminates the need for one to provide the other with an accounting, thus making the task simpler.

Also, the co-trustee approach eliminates the inherent inequity that exists when one of two children is designated solely as trustee (that one does all the work while their sibling simply sits back and incessantly questions what is taking so long) when, at the end of the process, assets are divided equally.

The other situation where one may want to give serious consideration to designating co-trustees is in the context of a blended family.  In this case, it is certainly more potentially volatile than the example noted above, but often parents of a blended family want to know that “their side” of the family is not being subordinated to the “other side.” Only consider this if you firmly believe that at least one representative of each branch of the family can get along and function smoothly with the representative of the other branch – otherwise you may be setting yourself up for failure.

Hopefully this brief discussion has shed a bit of light on a common question, but one which is not as simple as it might initially seem. When considering co-trustees . . . tread carefully.

​If you have any questions or would like more information, please don’t hesitate to call (877-585-1558), email us or register to one of our free workshops or webinars.